The 39th Annual Symposium of the
British Society of Scientific Glassblowers.

Over 70 glassblowers, several from USA and Holland, attended the 39th Annual Symposium of the British Society of Scientific Glassblowers, held on 17th-19th September in Blackpool.

Eight lectures, a discussion on workshop hints and the AGM of the BSSG were arranged to provide delegates with useful practical information. I lectured on hazard assessments, and recounted my experience at Dounreay on the HAZOP carried out late last year. It is often thought that Dounreay may be treated 2heavy handed2 by regulators, but in sharing experiences with other glassblowers it is obvious that industries other than nuclear have to comply with rigorous legislation. Notably the glassblowers in the pharmaceutical trade, e.g. Smith-Kline Beecham’s and Glaxo, have seen drastic changes over the last ten years. I was told of laboratories using robots to carry out practical work while chemists that used to do this work spend their time filing in forms and writing reports. It was reassuring that others at the symposium use and support the PTW system. It is stories such as this that put Dounreay in the correct context. Following my lecture I recorded some points from a “brainstorming” session which was very useful. The comments relate to the 27 recommendations from the HAZOP. Two examples are addressing criticism of allowing fuel gases to empty during a process. Others use an automatic changeover system. Sourcing heat protective gloves caused problems for me as several usual suppliers had ceased keeping them in stock. A glassblower at the symposium informed that he uses a company that supplies motor racing teams, which I will follow up. Prices are reasonably at 320 for a pair of gloves. I will contact the Company to see if their products are suitable for use at Dounreay.  I commented at the Symposium that although I had changed gas cylinders for over 25 years, I have not received formal training and this was highlighted during the HAZOP. Several delegates told me of courses that BOC run usually no more than half a day. This will be investigated further. I will feedback all comments to my ATO Holder. My lecture was recorded on video, I now must learn from my mistakes.

At the AGM I was re-elected as Editor of the BSSG Journal, a post I have held for the past 14 years. It is hoped that more use will be made of using electronic ways of communicating soon.

During a lecture on flame technology I learnt of the availability of a new Standard, (BS 746-2 “Industrial thermal processing equipment”). This should provide useful guidance to equipment used at Dounreay in the glassblowing department.

Ventilation is a subject close to most glassblowers’ hearts and was discussed at length during the symposium. The figure of 20 changes of air per hour was recommended. Human error in switching on systems before work commences was agreed by delegates to be a problem. One glassblower addressed this by connecting up the ventilation system to his lathe, so that every time he switches his lathe on, the ventilation came on as well.

As usual during the symposium several competitions were held. I entered two, coming second in one, missing out on first place by only two votes.

A teamworking exercise was carried out on the evening before the symposium. Several glassblowers including myself ventured to the Pleasure Beach at Blackpool and ended up on the  “Pepsi-Max” Big Dipper! I have photographic evidence of what happens to glassblowers when they move at 85mph, 235 ft high, for nearly two minutes. 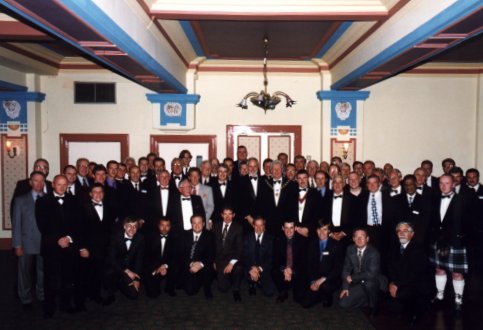 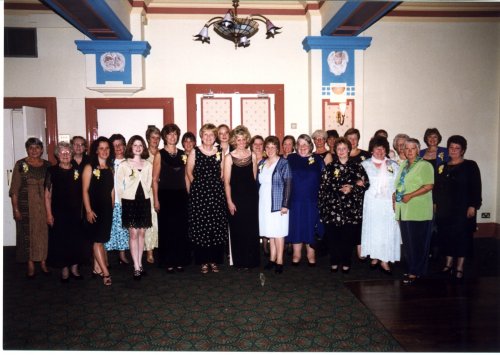